I recently received a question about what to do when a negative review occurs. The following is my response.

Yes, it is challenging when those bad reviews (often unwarranted) show up above the well-earned positive reviews.

And, doesn’t it seem that the bad reviews are the ones where those writing the review haven’t experienced the product/service, haven’t read the information about the product/service, or are simply jealous? Ok, so none of us are perfect and constructive criticism is certainly helpful in our growth, but many times we bleed or sweat over something that is at least deserving of a star or two in the review and we are met with the opposite.

Reading your comment reminded me of two situations. Not wanting to bring a bad light on anyone (even if it might be deserved), the first example will be cryptic, in order to be honorable to this other person. It is a case where I was accused of domain something that I had not done. And, not only had I not done this thing for which I had been accused, but I had articulately described the opposite. Ok, let me simplify it. It would be as if I wrote an article describing how wonderful this particular red apple is and all I wrote about was the red apple and its glories. Then, someone responded and asked how dare I write about yellow bananas… What banana?

Sometimes they see a yellow banana when you are describing a red apple. Don’t be too hard on them when they simply don’t see the beauty of both types of fruit.

What is the lesson learned? I learned that some people are having a bad day… just like I am capable of having a bad day. It taught me to read something twice before commenting on someone’s yellow banana if they are only writing about red apples.

Second example? This one hurt a bit until I realized the top side of it. (Isn’t that always how it is?)

As some of you may know, I am also a Jazz singer. In fact, just this past week, I looked at my RN stats and noticed that I am #4 in the world. Yes, not just #1 in Los Angeles, but #4 in the world. Ok, enough bragging. 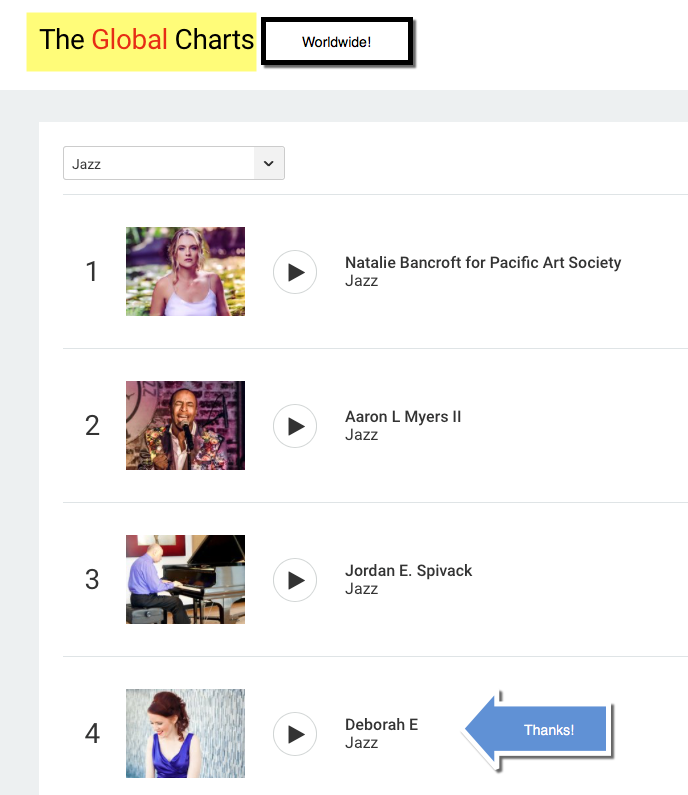 I received a review on one of my albums a few years back. This reviewer did not know me and I had never met this person. As far as I know, he only knew me from listening to my music. You know what his review was all about and what he emphasized? He mentioned that I was basically a “wanna-be” who used “auto-tuning” to get what I wanted. Auto-tuning is the technological capability of pitch modifying the sound of one’s voice (or instrument) to be perfect pitch.

I had been known, even as a child, as having perfect pitch. It came easy, but I still worked at it, even at a young age. But, you know what was so surprising about this online review? There was no auto-tuning technology used in the mixing of the song. And, the song was engineered in our studio (owned by my husband and me) and I am also a sound engineer, meaning that I would know if it had been used.

Lesson Learned: Sometimes people are that jealous that they find the sound of their own words stimulating as they claim that something occurred when it was technologically unavailable. In this case, it was simply a case of music.. of art…

I applaud you for your efforts to attempt to bury the negative reviews with the positive. I believe that you have earned the positive. But, take a moment to realize that you are beautiful and in spite of what others see (or do not see) through the clouds of their judgment, greed, and jealousy, your beauty still permeates beyond that and soars on the wings of dreams.

If you cannot see anything above it may be because you have an ad blocker on for your browser. What you are missing would be a preview of Deborah's music from iTunes. You may also listen at Deborah E, Jazz Singer